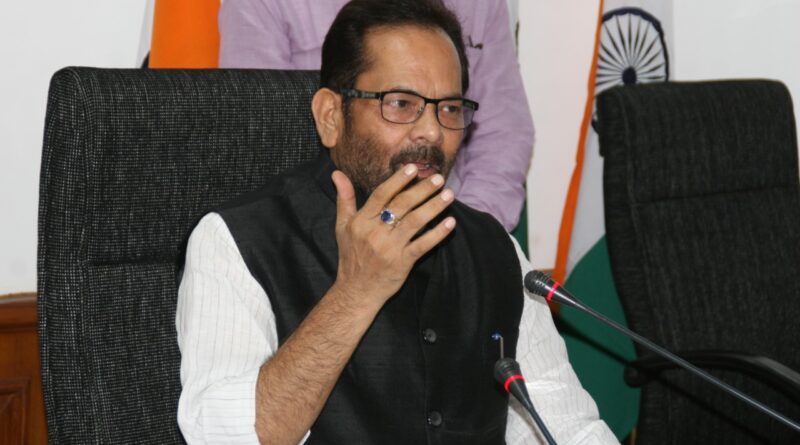 Mukhtar Abbas Naqvi misses bus on RS nomination, BJP to contest third seat in Karnataka
There were no explanations offered for the exclusion of Mr. Naqvi, India’s Minority Affairs Minister and the only Muslim minister
When the BJP announced its third list of candidates for the current set of Rajya Sabha polls for 57 seats, this list had four names, with Union Minister Mukhtar Abbas Naqvi being a prominent exclusion, raising questions about his future assignment. Mr Naqvi retired from his Rajya Sabha seat from Jharkhand and was widely tipped to be nominated again, likely from Uttar Pradesh, from where the BJP is poised to win eight out of the 11 seats in the fray, but that hasn’t happened. Instead, the BJP announced the last two names for Uttar Pradesh seats – Mithilesh Kumar, vice-chairman of Uttar Pradesh SC/ST commission, and K Laxman, the national president of the BJP’s Other Backward Classes Morcha.

There were no explanations offered for the exclusion of Mr. Naqvi, India’s Minority Affairs Minister and the only Muslim minister in the Union council of ministers. Sources in the party remained mum over the matter while speculation is rife on whether he would contest the Rampur Lok Sabha bypoll, since he had been MP from the seat in the past. That is however, only speculation.
Interestingly, the BJP has chosen to field a third candidate for Karnataka, Lahar Singh Siroya, a close aide of former Chief Minister B S Yediyurappa, to try his luck in a seat which will see a contest. According to the arithmetic, the BJP is set to comfortably win two out of the four seats in the fray, for which Union Finance Minister Nirmala Sitharaman and actor Jaggesh have been nominated, the Congress will win one seat comfortably, and the Janata Dal (S) is hoping that an understanding with the Congress and the BJP will allow it to win the fourth seat. The BJP is now forcing a contest for that seat, although the party is 15 votes short if it wants to win.
The second seat in Madhya Pradesh has gone to Sumitra Valmiki, a BJP leader from the State and she is expected to win comfortably.