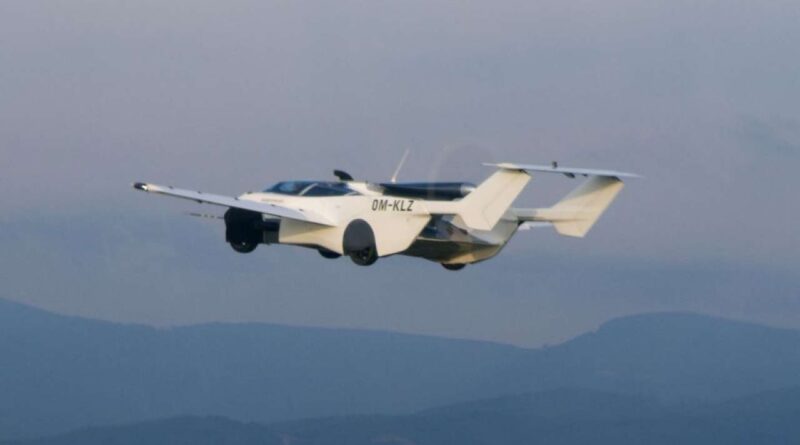 BMW-powered flying car completes 35-minute test flight
A prototype flying car, powered by a BMW engine, completed a 35-minute test flight between two Slovakian cities – Nitra and Bratislava on Monday. After landing, at a click of a button, the aircraft transformed into a sports car in under three minutes and was driven by its inventor, Stefan Klein and co-founder, Anton Zajac to downtown Bratislava. The AirCar, a dual-mode car-aircraft vehicle, is being developed by a Slovakia-based firm, Klein Vision. AirCar Prototype 1 is equipped with a 160HP engine with a fixed-propeller and a ballistic parachute. It has flown at 8200 ft and reached a maximum cruising speed of 190km/h. The inter-city flight was a key development milestone for the AirCar. “This flight starts a new era of dual transportation vehicles,” Klein said. AirCar Prototype 2, the pre-production model, will be equipped with a 300HP engine, and is expected to have a cruise speed of 300km/h and a range of 1000km. Last month, Hyundai COO said the company has accelerated efforts around developing “flying cars” and will offer services around those vehicles rather than just selling them.

Battlegrounds Mobile India launched
Krafton on Friday launched Battlegrounds Mobile India, a version of the now-banned online multiplayer game PUBG, developed exclusively for gaming enthusiasts and fans in India. The battle royale game is now available for download on Google Play with an array of maps, game modes, and exciting launch week challenges. The game went live for pre-registrations on Google Play in May and had secured about 40 million pre-registrations as of Friday. In June, the game’s early access was opened and it witnessed support from the community with 20 million players trying out the game and providing valuable feedback. “Designed exclusively for our Indian fans & gamers, Battlegrounds Mobile India will provide a superlative gaming experience,” Krafton CEO CH Kim, said in a statement. “This is just the beginning of a series of new content, collaborations and esports tournaments coming your way, and we will strive to ensure that our fans and community in India can fully enjoy the battlegrounds experiences.” In January, Bengaluru-based nCore Games had launched FAU-G, a battle royale game, to fill the void after PUBG’s ban in India.

Flipkart aims to enable 2.5 crore online entrepreneurs by 2023
Flipkart on Thursday launched Shopsy, an app that will enable Indians to start their online businesses without any investment inventory or logistics management. Users of Shopsy will be able to share catalogues of a wide selection of 15 crore products offered by Flipkart sellers, with potential customers via popular social media and messaging apps. Users will place orders on their behalf and earn commissions on the transactions. The commission percentage will vary depending on the category of products being ordered. Shopsy app is available on Google Play, users can simply download and register on it using their phone numbers, and begin their online entrepreneurial journey. With Shopsy, Flipkart aims to enable over 25 million (2.5 crore) online entrepreneurs by 2023. “This platform aims to provide new to digital commerce consumers, access to products, by simplifying the process through interactions with a trusted person,” the Walmart-owned firm, said in a statement. In a separate development, a top lobby group that is part of the U.S. Chamber of Commerce believes India’s proposed new e-commerce rules are a cause for concern and will lead to a stringent operating environment for companies.

Google’s new food support website
Google launched a new website to help people experiencing food insecurity in the U.S. The new Find Food Support site connects people to community food services and provides additional food support resources. Using a Google Maps locator tool on the site, people can find the nearest food bank, food pantry or school lunch program pickup site in their community. The tech giant said it worked with No Kid Hungry, FoodFinder and the U.S. Department of Agriculture to capture 90,000 places with free food support across 50 states. The site also provides links to food support hotlines, state-by-state benefit guides, and information for specific communities, such as seniors, families and children, and military families. According to Feeding America estimates, the number of those experiencing food insecurity grew 30% to 45 million people (one in seven Americans), including 15 million children in 2020, compared with the previous year. In another update, Google removed about 59,350 pieces of content from its social media platforms in April, following over 27,700 complaints received from individual users in India.

OneWeb intends to make global service available in 2022
OneWeb, the low Earth orbit (LEO) satellite communications company, successfully launched a batch of 36 satellites on Thursday, taking the firm’s in-orbit constellation to 254 satellites, or 40% of its planned fleet of 648 LEO satellites. OneWeb intends to make global service available in 2022, the company said in a statement. With this launch, the firm is ready to deliver connectivity across the United Kingdom, Canada, Alaska, Northern Europe, Greenland, and the Arctic Region, it added. The U.K.-based company plans to offer its low-latency, high-speed connectivity services and sees growing demand for new solutions to connect the hardest to reach places. “This latest launch of OneWeb satellites will put high-speed broadband within reach of the whole Northern Hemisphere later this year, including improving connectivity in the remotest parts of the UK,” the Prime Minister of the United Kingdom, Boris Johnson, said in a statement. This week, OneWeb also said Bharti Enterprises will invest an additional $500 million in the firm, via its arm Bharti Global, to become the largest shareholder in the satellite communications company.

Axis Bank partners with AWS to drive digital transformation
Amazon Web Services (AWS) and Axis Bank have partnered to accelerate the latter’s digital transformation program and meet the growing demand for its digital banking services. As part of the agreement, Axis Bank will use AWS services to build a portfolio of new digital financial services to bring advanced banking experiences to over 200 million customers, including online accounts that can be opened in under six minutes and instant digital payments, helping the bank increase customer satisfaction by 35% and lower costs by 24%, the firms said in a statement. Axis Bank also plans to migrate 70% of its on-premises data centre infrastructure in the next 24 months. Further, working with AWS Professional Services, Axis Bank has set up a cloud centre of excellence to accelerate its cloud migration, while meeting strict governance, security, and regulatory compliance requirements. In a separate development, Amazon Pay Later, the credit facility available on the firm’s e-commerce platform, has reached 20 lakh customer sign-ups since its launch in India.

Google’s new security measures for developers
Google said on Monday it wants to keep the Play Store “safe and secure” and introduced two new security measures for the developer community. This includes additional identification requirements for developers, such as their account type (personal or belongs to an organisation), a contact name, their physical address, and verification of their email address and phone number. “It [contact information] also helps us make sure that every account is created by a real person with real contact details, which helps us keep the Play Store safe for all users,” the firm said in an Android Developers Blog post. Additionally, users of Google Play Console will be required to sign in using Google’s 2-Step Verification. The new requirements will come into effect in stages, and will be mandatory later this year. Google also highlighted some best practices for developers to help keep their accounts in good health. In another update, Google on Tuesday said it is updating the Messages app for Indian users to let it automatically delete one-time passwords (OTPs) 24-hours after they are received. 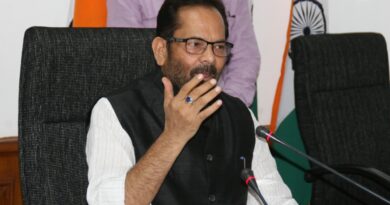