A three-judge Bench of the High Court of Karnataka pronounced its verdict on the petitions related to the row over wearing hijab in educational institutions
Wearing of hijab (head scarf) by Muslim women does not form a part of essential religious practices in Islamic faith and it is not protected under the right to freedom of religion guaranteed under Article 25 of the Constitution of India, the High Court of Karnataka declared on March 15.

The court ruled that prescription of school uniform does not violate either the right to freedom of speech and expression under Article 19(1) (a) or the right to privacy under Article 21 of the Constitution, and the restriction against wearing of hijab in educational institutions is only a reasonable restriction constitutionally permissible, which the students cannot object to.
The court upheld the legality of the Karnataka Government’s February 5 order prescribing wearing of uniforms in schools and pre-university colleges under provisions of the Karnataka Education Act, 1983.

The petitioners had argued that wearing of hijab is a part of essential religious practice as per Islamic faith and college authorities cannot prevent them from attending classes wearing hijab.

‘No case for enquiry’
The bench said that no case has been made out to initiate disciplinary enquiry against authorities of the Government Pre-University College for Girls, Udupi, and office-bearers of its College Development Committee for preventing five petitioner-girl students of the college from entering the classroom wearing hijab.

The bench, after hearing the petitions for 23 hours spread over 11 days, had reserved the verdict on February 25.

The bench, in its interim order passed on February 10, restrained all students regardless of their religion or faith from wearing saffron shawls (bhagwa), scarfs, hijab, religious flags or the like in classrooms until further orders on the petitions.

Initially, the bench had said that its interim order was confined to such institutions wherein the College Development Committees had prescribed a dress code or uniform. However, on a clarification sought on behalf of one of the petitioners, the bench on February 23 made it clear that the interim order applies to pre-university and degree colleges where dress code had been prescribed by the respective authorities.

The row over hijab had cropped up after some Muslim girl students of the Government PU College for Girls, Udupi, said that they were denied entry to the college for wearing hijab. However, the college authorities claimed that it had prescribed a uniform and no other religious attire is permissible to be worn along with the uniform.
The denial of entry to a few Muslim girls, who insisted for entering the classroom with hijab, had subsequently led to a series of protests and demonstration in several parts of Karnataka, besides resulting in students belonging to the Hindu faith demanding that college authorities permit them to attend classes wearing saffron shawls.

Initially, the petitions were heard by a single judge bench, which referred them to a larger bench as questions on religious faith were raised in the petitions.
CM appeals for cooperation
Karnataka Chief Minister Basavaraj Bommai appealed for cooperation from all communities to implement the Karnataka High Court order, which has ‘upheld the government order on uniforms and held that hijab is not an essential practice of Islam’.

“Education is of utmost importance to students more than anything else. I appeal to all students to accept the High Court order and return to classrooms. I request you not to boycott classrooms like you did during the preparatory exams,” he said.
He also appealed to parents, various organisations and communities to priroritise the education of students over everything else and co-operate with the government in implementing the High Court order.

The Chief Minister also warned organisations that any law and order situation will be dealt with an iron hand and peace has to be maintained at all costs in Karnataka. “We have already taken all necessary precautions to prevent a flare-up,” he added.

‘Nationalist mindset’
Welcoming the Karnataka High Court judgment, Minister for Primary and Secondary Education B. C. Nagesh said it was evident that a uniform is helpful in creating a ‘nationalist mindset’ and the government will prescribe uniforms to help create a mindset that ‘all of us are the children and citizens of this country’.

“Based on the High Court judgment we will bring amendments to the Karnataka Education Act, 1983, and correct some of the ambiguities in the Act,” he said.

He also hoped the ‘misguided’ girls who insist on wearing hijab, who had not come to classrooms when asked to remove the headscarf, will respect the Karnataka High Court order and return to classrooms. “We will reach out to them and convince them to continue their education. The people of Karnataka have never disobeyed court orders, and I hope this time too it will be no different,” he said.

Shivakumar appeals for Karnataka Govt’s ‘mature leadership’
“My greatest concern in the hijab controversy is education, and law and order,” KPCC president D.K. Shivakumar said, adding ““The Karnataka High Court has given a judgement but the responsibility for education, law and order and communal harmony is still with the government of Karnataka.”
‘HC has given verdict, not justice’
Ataullah Punjalkatte, State president, Campus Front of India (CFI), a student body supporting the fight of the six girls in Udupi to wear hijab to classrooms, said they were disappointed with the High Court order. “We feel the court has only given a verdict, but not justice. We will continue our fight for hijab legally at the appropriate forums,” he said.

Security measures in Mangaluru
As a part of measures to ensure peace and order following pronouncement of final verdict in the hijab issue, the Mangaluru city police held a route march on March 15.

The route march started from Circuit House. The march covered about four kilometres that passed through KSRTC, PVS junction, Hampankatta and other sensitive areas of the city. 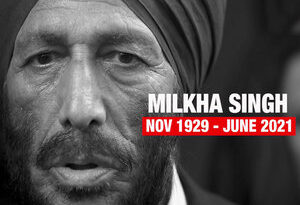 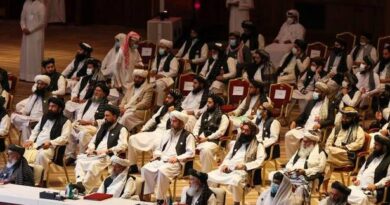