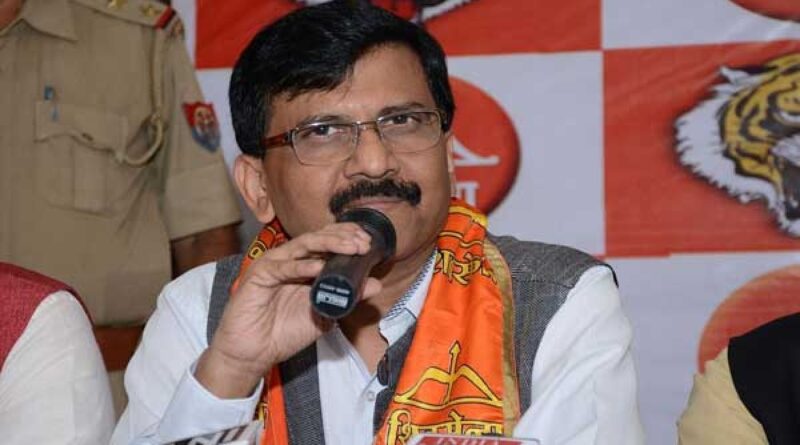 Mumbai: A day after 12 BJP MLAs were suspended from the Maharashtra Assembly for alleged misbehaviour, Shiv Sena MP Sanjay Raut said indiscipline cannot be tolerated, even as the opposition party held protests in the Vidhan Bhavan complex here and other parts of the state over the action.

Talking to reporters here on Tuesday, Raut said, “Never before the state Legislature witnessed such indiscipline.”

The opening day of the state Legislature’s two-day monsoon session on Monday witnessed high drama as 12 BJP MLAs were suspended from the Assembly for one year after the state government accused them of “misbehaving” with presiding officer Bhaskar Jadhav in the Speaker’s chamber.

Leader of Opposition in the Assembly Devendra Fadnavis had termed the allegation as false and said Jadhav’s account of the incident was “one-sided”.

On Tuesday, Raut said, “Indiscipline cannot be tolerated. Breaking the Speaker’s mike and using abusive language against the presiding officer is not Maharashtra’s culture.”

Meanwhile, the BJP held protests in different parts of the state, condemning the MVA government’s action against the opposition party’s MLAs.

Several BJP legislators squatted on the stairs of the Vidhan Bhavan building in Mumbai and shouted slogans against the Uddhav Thackeray-led Maha Vikas Aghadi (MVA-comprising the Shiv Sena, NCP and Congress) government.

The 12 MLAs against whom the action was taken were not seen as they are not allowed to enter the Legislature building during the suspension period.

On Monday, these 12 MLAs met Governor Bhagat Singh Koshyari, seeking his intervention into the matter, and complained against the MVA government for “trampling upon the democracy”.