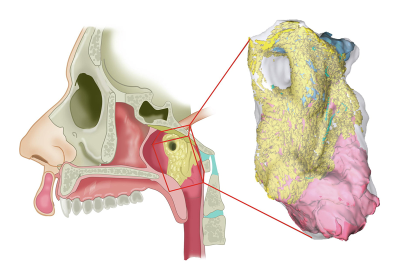 Health India NationalNews News Science
October 22, 2020June 10, 2021 News Gallery 0 Comments
Scientists have identified a previously unknown set of salivary glands in the upper part of the throat, discovering what could be the first set of major glands to be found in the human body in 300 years and paving the way for techniques that could improve the quality of life for people who receive radiation therapy for cancers of the head and neck. 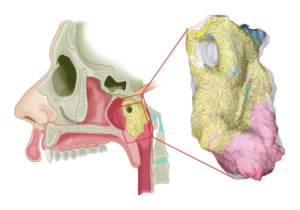 The new set of glands are about 1.5 inches on average and lie in the nasopharyngeal region, behind the nose and above the throat. The researchers, from the Netherlands Cancer Institute in Amsterdam, said in their report that sparing these glands in radiotherapy could help reduce the difficulty in salivation and swallowing that patients of head and neck cancer experience after radiation therapy. 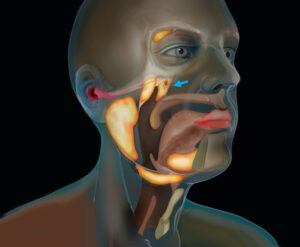 “The human body contains a pair of previously overlooked and clinically relevant macroscopic salivary gland locations, for which we propose the name tubarial glands. Sparing these glands in patients receiving radiation therapy (RT) may provide an opportunity to improve their quality of life,” the researchers wrote in the paper published in the open access journal, Radiotherapy and Oncology.

More research is likely needed to confirm that these are indeed a new major set of salivary glands, and if confirmed, it would be the first discovery of new salivary glands in about 300 years, according to a report in Science.

The new glands have been labelled as tubarial salivary glands because these are situated over a piece of cartilage called the torus tubarius.The discovery was accidental since the researchers were studying prostate cancer.

“People have three sets of large salivary glands, but not there. As far as we knew, the only salivary or mucous glands in the nasopharynx are microscopically small, and up to 1000 are evenly spread out throughout the mucosa. So, imagine our surprise when we found these,” said radiation oncologist Wouter Vogel, who was among the researchers, according to a statement.

Head and neck cancers are a leading contributor to India’s cancer burden, with a large majority comprising cancer of the oral cavity, followed by that of the pharynx (part of the throat behind the mouth and nasal cavity), according to the Indian Council of Medical Research’s cancer registry.

Radiation oncologists in India agree that this discovery could improve the quality of life after radiotherapy in cancer patients.

“One of the major side-effects of radiation therapy is that it damages a part of the salivary gland leading to permanent disability — a person may experience dry mouth, have difficulty in speech, eating, etc. The focus of advanced radiotherapy techniques such as image-guided or the intensity-modulated ones is largely to save the salivary glands. This extra pair that has been discovered has the potential to mitigate the side effects as during the therapy, lower glands are affected, and this being on the upper side will remain out of the radiation field,” said Dr PK Julka, former head, radiation oncology department, All India Institute of Medical Sciences, Delhi (AIIMS-Delhi).

The salivary gland system, known till now, is a three paired major glands and roughly 1,000 minor glands spread throughout the aerodigestive tract (the respiratory tract and the upper part of the digestive tract, including the lips, mouth, tongue, nose, throat, vocal cords, and part of the oesophagus and windpipe) submucosa (the layer that supports the mucosa membrane).

“This discovery needs to be studied further as there is more work that needs to be done to actually establish the discovery of this set of glands,” added Dr Julka. 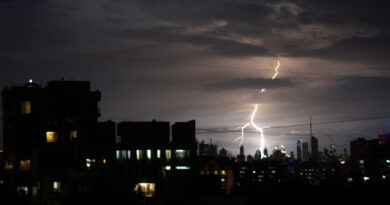 3 killed in lightning strike in UP villages