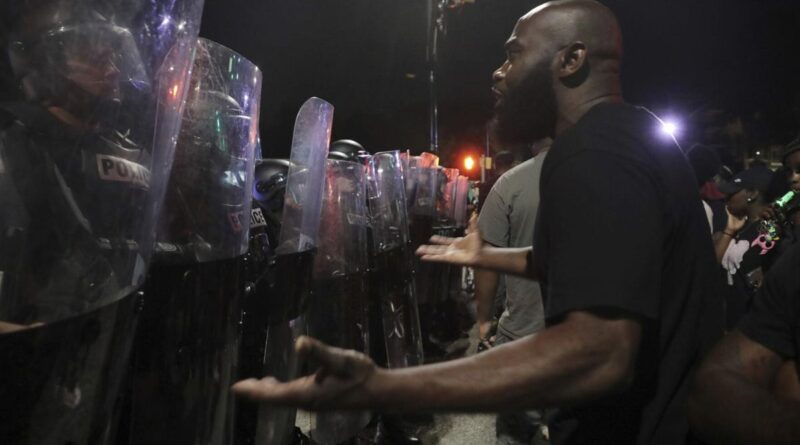 Eleven people were arrested on the second day of protests, just hours after the police chief and a civil rights leader had asked for calm

Demonstrators converged outside a South Carolina police station for a second day Thursday, protesting the arrest of two men by officers in Rock Hill who were recorded on a Facebook video wrestling and throwing punches with the two. Eleven people were arrested on the second day of protests, just hours after the police chief and a civil rights leader had asked for calm. Most of the arrests were for disorderly conduct as protesters blocked several streets near the police station and one threw two firecrackers at officers, officials said.

At one point, a line of officers in riot gear stood outside protecting police headquarters as more protesters gathered across the street, according to video from a reporter from The Herald of Rock Hill.

About 100 people were at Wednesday’s protest just hours after the arrests of the two men. Some threw bottles and rocks at police officers in riot gear and set a small fire outside the building before leaving just after midnight. There were no arrests and no injuries Wednesday and police didn’t use any pepper spray or tear gas, Rock Hill Police Lt. Michael Chavis said.

The two men were taken into custody at a gas station Wednesday afternoon. A Facebook video showed several officers wrestling with both men and forcing them to the ground. One officer is seen throwing punches and a man’s face was bloodied.

Two officers have been placed on leave and the State Law Enforcement Division is investigating the arrest, Rock Hill Police Chief Chris Watts said at a news conference Thursday where he spoke with a local civil rights leader. “The incident has been under review since yesterday when it occurred. However, conducting an accurate and through review takes time,” Watts said.

Police conducting a drug investigation Wednesday afternoon pulled over one of the men after he made an illegal turn, and the man called his brother to say he was stopped, Chavis said. The driver tried to run when officers removed his handcuffs so he could take off some jewelry, and his brother bumped officers and refused to move back when ordered, Chavis said. 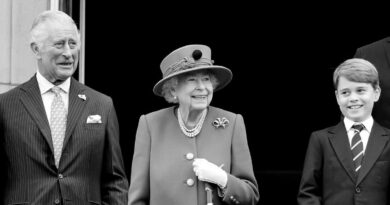 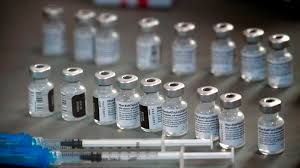