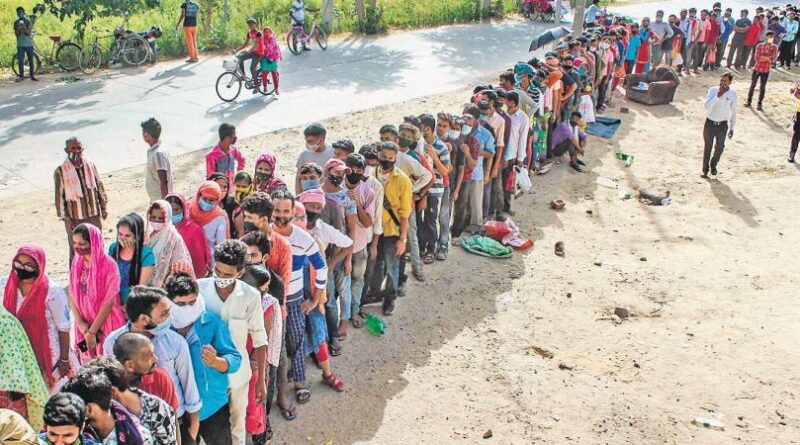 Top COVID-19 vaccination official responded to query on mismatch with Health Ministry’s number of 135 crore doses.
A May 13 estimate, by one of India’s top officials overseeing the pandemic response, that India would have 216 crore doses of vaccines from August-December was based on an “optimistic, aspirational assessment” and based on what vaccine manufacturers had conveyed to the government.

V.K. Paul, Chairman, National Empowered Group on Vaccine at a press briefing on Friday was responding to a query on why there was a mismatch between his May projection of 216 crore vaccine doses and a Health Ministry affidavit to the Supreme Court on June 26 that said 135 crore doses would be available from August-December.

The discrepancy is significant as the Centre has said that it plans to vaccinate all adults, estimated to be 93-94 crore, by the end of 2021, thus requiring 186-188 crore doses. So far, 33 crore doses have been administered, and 51 crore doses, including those already given, are expected to be administered by the end of July. After a burst of vaccination post June 21, that saw 90 lakh doses administered in a day and over 50 lakh doses, on average, subsequently for the rest of the week, the last week of June has been relatively lacklustre, with a daily average of about 35 lakh vaccine doses administered.

So far, about 35% of adult Indians have received at least one dose of the vaccine, and only 4% of the population has been fully vaccinated.

“When we had said over 200 crore doses will be available, we had said that this was based on information provided by manufacturers of how much they were optimistically, and I had said ‘aspirational’, likely to deliver,” said Dr. Paul. “It was important to share this with people because [at] that time there was a doubt whether vaccines would be available. However, we had also said that planning by the Health Ministry was based on 90 crore doses being made available by our two leading companies [Serum Institute of India and Bharat Biotech].”

The 216 crore doses, according to Dr. Paul’s presentation on May 13, was premised on 75 crore doses of Covishield and 55 crore of Covaxin, which adds up to 130 crore doses, whereas in the Health Ministry’s affidavit, it comes up as 90 crore. The rest is based on expectations of 45 crore vaccines from Biological E, Zydus Cadilla and Sputnik V.

“We are presenting a dynamic situation and that’s the context in which these numbers are presented. We have developments on Zydus Cadilla [applying for emergency use and reporting an interim efficacy of 66%], and several others are also on track,” Dr. Paul added.

Joint Secretary Health Lav Agarwal said that as far as vaccination went, India was “running a marathon” and “not a 100 metre sprint”. Thus, daily vaccination numbers did not present a complete picture of the vaccine production, supply, administration and availability, Mr. Agarwal said.